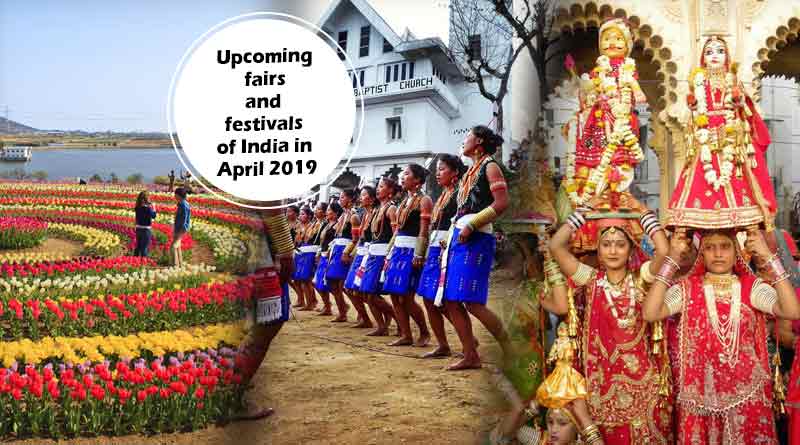 India is a versatile country with many religions and different cultures. There are celebrations for everything. April, which marks the start of Spring season, also brought in many festivals with it. It is mid-April and still, we have many celebrations lined up. Have a look:

With Bohag Bihu, the people of the state not only welcome the New Year but also celebrate the onset of spring. The celebrations last for over a week in the Assamese month of Bohag – which gives the festival its name – which is celebrated over a period of three days. On the first day, people clean the cattle which is the main source of their livelihood. The second day is meant for preparing and having special feasts and the last one is dedicated to the worship of divine beings. The celebrations are incomplete without the traditional Assamese Bihu dance during which rice beer is served to everyone.

Goa Food and Cultural Festival
Where: Panaji
When: April 17-21

Goa means fun. When you talk about Goa’s food and culture, people can never have enough of it. The Goa Food and Cultural festival showcase a variety of cuisines including those of Goan Christians with some Portuguese influences. You can experience amazing cooking competitions, exotic cocktails and live feni distillation processes also. The festival also includes many Indian and foreign music bands that keep the fire lit.

Thrissur Pooram
Where: Kerala
When: Apr 26

Thrissur Pooram festival is any photographer’s delight. It starts with the parade of about fifty elephants which participate in the festival held at the Vadakkunnathan Temple in Thrissur for the last 200 years. It’s a treat to the eyes watching these adorned thick skinned elephants bringing in temple deities from the surrounding areas to this temple where Lord Shiva is the chief deity. The entire celebration is a 36 hour non-stop ceremony escorted with the swingy sounds of the Pancha-vadyam, that is, the music created with cymbals, trumpets, drums and pipes.

Rajasthan is not only known for its desert sands but also the beautiful culture and lakes. It houses a beautiful hill station, Mount Abu, which on Buddha Purnima, becomes the must-visit destination for its Summer Festival. Organised amidst the picturesque rocky mountains and beautiful lakes, this two-day festival presents a unique amalgamation of folk and classical extravaganzas, exciting races, qawwali sessions and a CRPF band show. Visiting the festival is a feast to you and your loved ones.

Buddha Purnima and Buddha Jayanti
Where: Sarnath
When: April 30

As the full moon day in the Hindu month of Vaisakh comes closer, the devotees gather at the various Buddhist sites. The day is not only celebrated as Gautam Sidharth’s birthday in 563 BC but it is also marked as the day when Gautam Buddha achieved enlightenment and nirvana, thus marking his death anniversary as well. He delivered his first sermon at Sarnath after attaining enlightenment. So the celebration in there are special and these include Buddhist teachers conducting prayers, sermons and meditation sessions throughout the day.