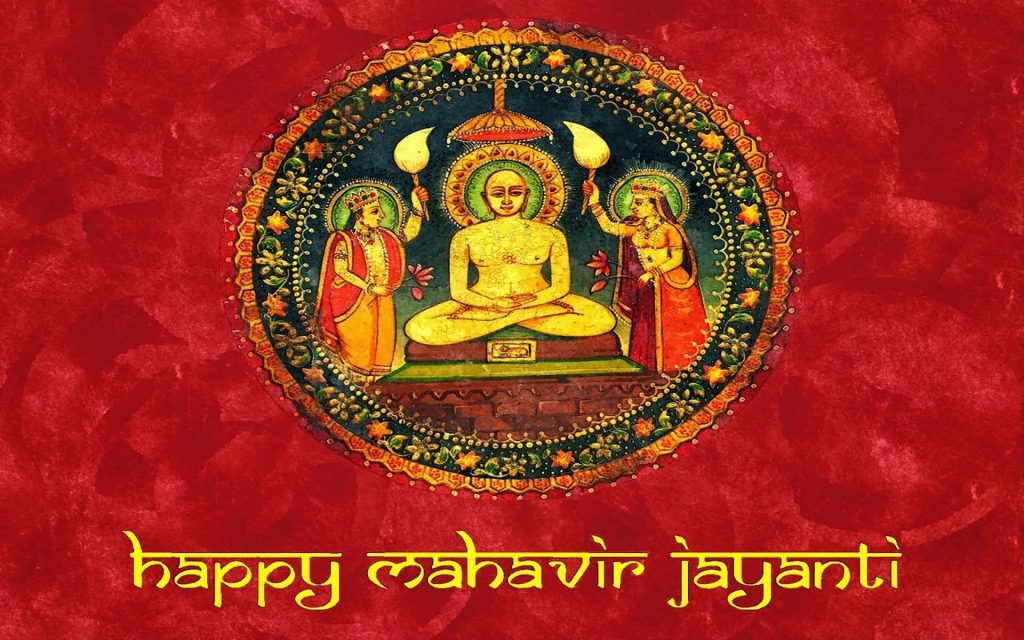 Mahavir Jayanti will be celebrated on 17th April 2019. It is one of the most important festivals of Jainism. The day is celebrated as the birthday of Lord Mahavira, the twenty-fourth and last Tirthankara of Jainism. The festival is also known as “Mahavir Janma Kalyanak” and is usually celebrated in the Gregorian month. The celebrations include high regard to Lord Mahavir by offering prayers and meditation.

When is Mahavir Jayanti celebrated?

Ancient Jainism texts state that Lord Mahavir was born on the thirteenth day of the waxing moon in the Hindu calendar month of Chaitra.

Lord Mahavira was born to King Siddhartha and Queen Trishala of royal Ikshvaku Dynasty. According to Digambar Jains, Mahavir was born in a village named Kundagrama, which is now known as Vaishali district of the eastern state of Bihar. However, Swetambar Jains believe that Mahavir was born at a place called Kshatriyakund village. But both these places were in Bihar.

Lord Mahavir’s childhood was spent with royalty and abundance, as a prince. His parents were wholehearted devotees of twenty-third Tirthankara, Parshvanatha. This had a major influence on Mahavir’s life.

Mahavir adopted self-denial at the age of thirty. He left his royal life and family to search for spiritual awakening. He deserted his clothes and underwent hard self-punishment for twelve years before he attained infinite knowledge and wisdom, under a sal tree, at the banks of Rijupalika River, in Jrimbhikagrama, Bihar.

After achieving infinite wisdom, Mahavir travelled throughout India for thirty years to teach his philosophy.

As per the ancient mythologies of Jainism, Mahavir took 27 births before he was born as Mahavira in the sixth century. Swetambara texts of the ancient times state that the embryo of Mahavira was first formed in a Brahmin woman and was transferred into his mother Trishala’s womb by Hari Naigamesin, the commander of Lord Indra’s army.

To achieve spiritual peace and enlightenment, Mahavira highlighted to take five vows which are non-violence, truthfulness, non-stealing, chastity and non-attachment.

In Indian traditions, Mahavira is regarded as the supreme preacher of ahimsa. He taught everyone that all living beings should live in harmony and no harm should be done to anyone, be it a human, animal or an insect. According to him, enlightenment can only be achieved if one practices self-restraint.

On the day, a procession called Rath Yatra is done with an idol of Mahavira. Devotees sing bhajans and other religious rhymes to celebrate the day. Then the idol of Mahavira is anointed, which is known as Abhisheka. The devotees visit Jain temples to worship and meditate.

People practice harmony and donate food and money to the needy. Also, Jains abstain from garlic, onion and root vegetables.

Lord Mahavira was a great spiritual teacher and the greatest preacher of non-violence. The devotees remember him and his teachings on his birthday and reinstate faith in their religion and spirituality.

Another significance of Mahavira Jayanti is that it promotes harmony, a sense of compassion towards other living beings and also promotes the charity to do good deeds.

Through the celebrations, people get to know the sanctity of Jainism and admire the culture. The intense atonement and meditation for twelve years by Mahavira to attain enlightenment is an inspiration for millions of devotees.