Covishield or Covaxin- which one is better? Know about the side-effects. 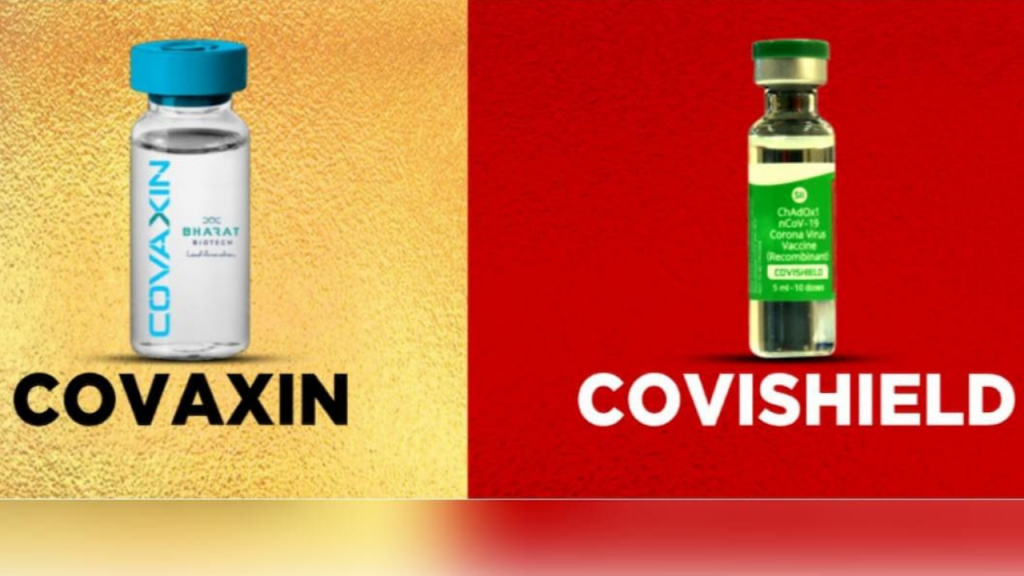 As the Govt. of India has started the process of vaccination to cure us of the threat of covid-19 which has already spread the panic and taken innocent lives since last year. Apparently, people are reluctant towards the vaccination and not volunteering properly as there are myths and fear regarding the vaccine side effects that have grabbed us. So today we are sharing useful information about the two vaccines majorly introduced by the Indian govt. to save us from the pandemic which is Covaxin and Covishield. Recently the authorities have decided to vaccinate the citizens over the age of 45 years but it couldn’t be as successful as expected because of the confusion among us for the availability of two vaccines at the same time and their side effects.

According to the reports, already 8 crore people are successfully inoculated by the vaccines developed in India which have shown tolerability and safety rate in medical studies. Simultaneously the vaccines are also exported to help other countries suffering from the havoc created by Covid-19 which brought praise to our country. Yet Indian citizens are very hesitant towards the vaccine process with fear and side effects in the future.

Well both the vaccines- Covaxin and Covashield are considered safe for the treatment but some adverse reactions or possible side effects have been found in some cases. So it is badly required to clear the air about the vaccines so that people can feel comfortable with the vaccine process to make it successful against the fight with Covid-19.

As they are developed in a similar manner at the Indian Lab, the only difference between the two is that while Covishield has passed the three stages of testing completely but on the other hand Covaxin, which developed by Bharat Biotech is still in the last phase. Both are homegrown, traditionally developed by the trusted mechanisms which make them far safer than any other modern vaccine for any side effects in clinical studies. When the vaccine is injected into the human body, it develops antibodies in the body to fight the attack by an alien virus.

Side Effect of Covaxin

The Bharat Biotech developed vaccine uses an inactive version of the virus to defend our body from any outer attack which can lead to mild, reactogenic side-effects on our body post-injection.  It mainly includes redness in the arm, pain at the point where the injection is done, low-grade temperature, malaise, headache, vomiting, weakness, and fatigue are the symptoms. But this could be hardly seen as it occurs in the rarest of the cases which can later create difficulty in breathing, throbbing pulse, erratic heartbeat, swelling, extreme rashes, fatigue, and body pain.

Regardless of the choice because of the seriousness of the situation, people with allergies, comorbidities are suggested to consult with a doctor before the vaccination. In case of high fever, blood-thinning medications, immune disorders, bleeding problems, pregnant or lactating women should get doctor consultation and avoid self-vaccination.

It has shown certain side-effects in the senior age group mainly otherwise the Oxford-Astrazeneca vaccine is considered safe for use. The factsheet says that it causes slight pain, warmth, itching, bruising, fatigue, chills, fever, nausea, muscle pain, umps, and malaise on post-injection whereas severe side effects cause high temperature, coughing, breathing difficulty, nervous problems, and anaphylaxis as well and it has also come in the attention that severe reactions are unrelated to the vaccine during the clinical studies.

So the doctor consult is important for people with pre-existing allergies, bad reactions, sensitivity to a certain food, blood thinning medication, as it can cause problems in such cases. Even if you have recovered from covid-19 should avoid the vaccination for 3-4 weeks. Here the self-vaccination is also avoided as it may lead to some harmful reactions.

If anyone faces such problems in the post-vaccination phase then you should immediately consult the doctor or inform the authorities. As there are certain protocols are set to deal with these rare situations through proper medical attention. Though milder side effects usually end in 2-3 days which should be taken care of at home if the bad rash, swelling, or allergy are still present then please postpone the second vaccine dose and consult with the doctor.

Also, these views expressed here should not be considered a medical opinion, as this is only the information collected from the fact sheet guidelines to address the fear among the public regarding the vaccination. So discretion is advised and please consult your physician for more details.

Latest update on Travel, Events, Lifestyle, Food, Festivals, Technology, Auto and Tourist places to visit in India and around the world at TheBlogRill.com
ALL POSTS
PrevPreviousRemembering Late Irfan Khan on his 1st Death Anniversary
NextOximeter- is it helpful to track the oxygen levels for Covid-19 Patients?Next