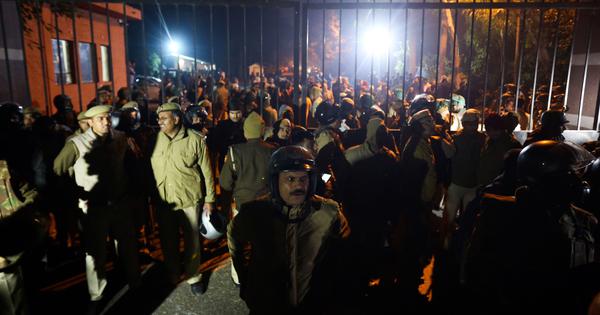 On 5th January 2020, the most heartbreaking incident happened at JNU campus where “the youth” “the future” of our country was brutally attacked by ABVP members everyone is criticizing ABVP and BJP for their cruel move.

Most of the students are severely injured and everyone is praying for them and team of India Today a very reputed news channel was very angry so, the instigated a sting operation to bring all the injured students of JNU justice and punish all the AVBP members who are responsible for this, initially India Today took a neutral stand on the issue of JNU but when the chief of ABVP accepted that two people from the mob were ABVP members then India Today got really angry as it is one of the largest youth recruiters, so they decided to do a sting operation which exposed everything:

India today released two tapes which exposed the reality of JNU attack, which I would like to call the tape of justice, so here we go to the first tape of justice

In Part 1 of JNU Tapes, India Today has unmasked three student activists. Two of them said they were members of the Akhil Bharatiya Vidyarthi Parishad (ABVP) and the third is a member of AISA (a Left-affiliated students’ organization) and a former JNUSU president.

Part 2 of JNU Tapes reveal the identity of a masked woman who was seen roaming around armed with a stick when students were beaten up on Sunday. Her photos and videos have gone viral over the past week, giving rise to many speculations about her identity. India Today TV’s JNU Tapes Part 2 lay these speculations to rest and explain who she is. 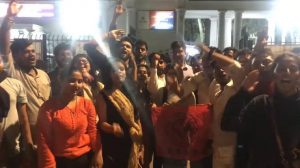 Further explanation of this sting operation are as follows:

1) On Friday evening, India Today’s Special Investigation Team (SIT) released its sting operation (JNU Tapes) on the violence that took place in JNU on January 5. Part 1 of JNU Tapes exposes three student activists for their involvement in the violence. Two of them said they are members of the ABVP and one was affiliated to the Left.

2) The first person to be exposed in JNU Tapes was Akshat Awasthi. He is a first-year student in JNU’s French-language programme. In the JNU Tapes, Akshat Awasthi on camera confessed that he mobilized around 20 ABVP members in JNU and some from outside and also planned the attack. In the tapes, Akshat identifies himself with the ABVP. 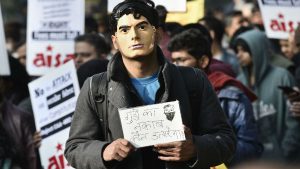 The personal experience of Akshat Awasthi during the strike are as follows:

Akshat Awasthi said they attacked the Left-leaning students in retaliation to an assault that he said was perpetrated by the Left on ABVP students at Periyar Hostel in the afternoon of the same day. “It was a reaction to their action.”

Asked how he was able to organise the mob in a matter of hours, Awasthi said he called up an office-bearer of the ABVP from outiside the campus.

“He’s an organisational secretary of the ABVP. I called him. Left-Wing students and teachers were holding a meeting at Sabarmati [Hostel]. When Sabarmati was attacked, they all ran away and took shelter inside,” Awasthi explained.”I can tell you that I did all the mobilization. They don’t have that much mind. You know you need to act like a superintendent or commander. [Have to tell] why it’s to be done and where exactly. I guided them about everything — where to hide, where to go. I told them to do everything systematically. I didn’t have any position or a tag in ABVP, still they listened to me carefully,” Akshat Awasthi said.4) The second person to be exposed in Part 1 of JNU Tapes was Akshat’s classmate Rohit Shah. On camera, Rohit Shah confessed that he gave his helmet to Akshat Awasthi before he went for the raid on Sunday evening.

Rohit Shah also said that the attackers spared one of the rooms when he told them that it was of an ABVP activist.

I told them [the masked persons] it’s an ABVP room and they walked away said, Rohit Shah

When he was asked if he was proud of what had happened in JNU on Sunday evening, Rohit Shah said, “Of course, of course.”

So the above-nattered incident was the sting operation conducted by India Today to expose ABVP for attacking JNU campus, everyone is expecting that the accused people will be found guilty and would be given the needful punishment.