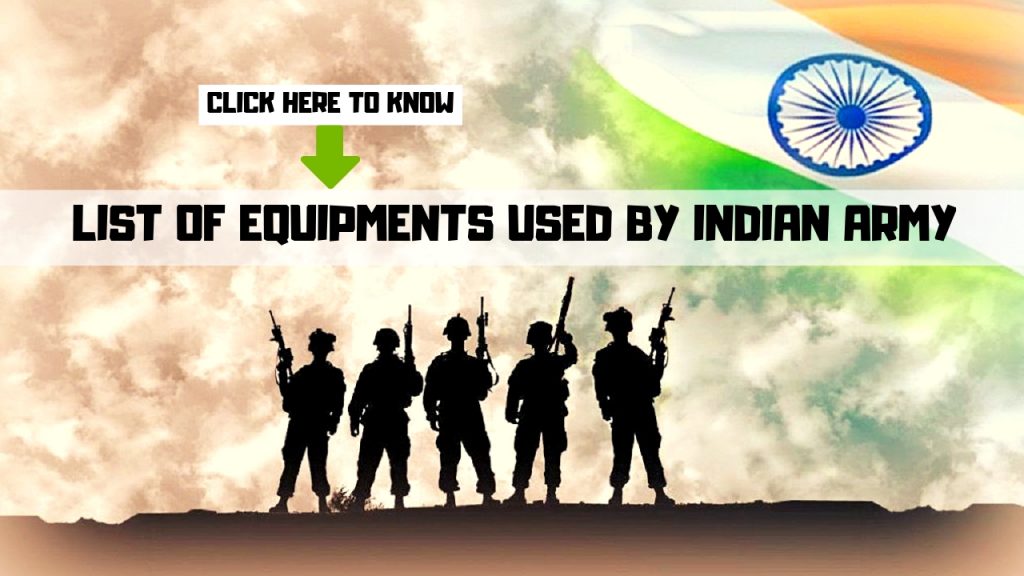 The situation India currently is dealing with, the whole nation is perturbed. It’s high time to show it to the Pakistani Government what a great strong nation India is. Our Indian Army is equipped with modern and historical arms that are of foreign design and are produced under license in India. The 41 Indian Ordnance Factories manufacture most of the army equipments like pistols and rifles, combat vehicles, artillery, tanks etc.

The Indian Army ranks as one of the largest in the world having the best collection of system. Here is a brief of what our nation owns.

Artillery – We own 6 Dhanush Howitzer,  200 , 900 M-46 Howitzer, thousands of light and heavy field guns, 150+ BM2 multiple rocket launcher, and thousands of other types of artillery.

Aerial Vehicles – Indian army has a large number of aerial vehicles viz. Drones. The DRDO has developed many drones that can be used for surveillance. DRDO Abhyas, DRDO Fluffy, DRDO AURA, DRDO imperial Eagle, DRDO Lakshya, DRDO Netra, these are some of the aerial surveillance vehicles that the Indian Army has.

Fighter jets – Indian Air Force houses 114 MiG-21 fighter jets, 83 MiG-27 jet, 66 MiG-29 jets, 242 Sukhoi SU-30 jets, 90 SEPECAT Jaguar fighter jets. Not only these, has hundreds of Jets that are used for transportation purposes. There are hundreds of helicopters and many have been ordered. We have over 400 trainer also.

Since India has always been retaliating by just economic or diplomatic means, our enemies think that we are weak. But the Honourable Prime Minister Shri Narendra Modi has vowed a strong response this time and announced that he has given the Indian Army a free hand. The common man is expecting one more surgical strike. We are ready to reciprocate to the losses that the Pakistan has made, but with a pre planned strategy.  Jai Hind!!

Latest update on Travel, Events, Lifestyle, Food, Festivals, Technology, Auto and Tourist places to visit in India and around the world at TheBlogRill.com
ALL POSTS
PrevPreviousBest Places to Visit in and Around Faridabad
NextNAIL ART Creative Design Ideas– Something You Can’t Get Over!Next