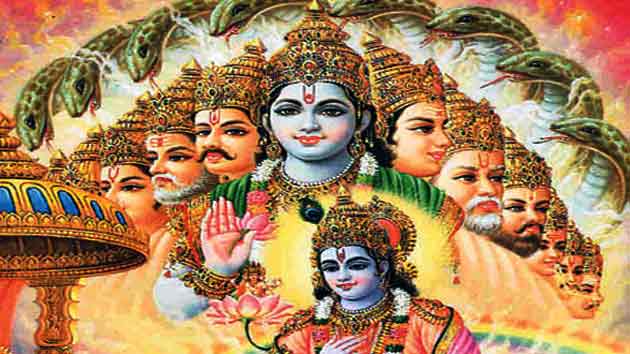 Tomorrow is the Kartik Ekadashi date of Krishna Paksha and the day of Thursday. Ekadashi Tithi has started on yesterday i.e. 23 October at 12:10 pm and The night of 24 October will be at 10:19. Along with this, the Ekadashi date is on Thursday and Rambha Ekadashi will have fasted. Ekadashi of Kartik Krishna Paksha is known as ‘Rambha’ or ‘Rama’ Ekadashi. On the day of Rambha or Rama Ekadashi, there is a law to worship Shri Keshava, that is, Vishnu. Anyway, Kartik month is going on and worshipping Shri Vishnu during this time is very fruitful. In this way, Ekadashi falls, making this day even more pious for Vishnu Puja.

By worshiping Keshav on the day of Rambha Ekadashi and fasting, a person attains the best of life. By observing this fast, both the mind and body remain healthy. This increases the concentration of the mind and puts the mind at work. Along with this, you get wealth and happiness and get rid of marriage related problems. Learn the auspicious time and worship method of Rama Ekadashi.

On the day of Rama Ekadashi, arose in Brahma Muhurat. Take a bath and proceed all your works and take a resolution to observe this fast. If you want to be healthy, then take a pledge. If you want to have a fruitful time, then take a similar resolution. After this, worship Lord Vishnu by law. You can also call a pundit if you want. After worshiping, offer it to the Lord and distribute the Prasad to all.

After this, on the second day i.e. on October 25, you have to break the fast with the law. Offer Mishri and Maan to Lord Krishna on this day. For this, invite Brahmins on Sunday. After this, by feeding them with respect. Give away with respect by giving alms.

In ancient times a king named Muchukund ruled. His friends were Indra, Varun, Kubera, and Vibhishan, etc. He was very religious and truthful. He was also an ardent devotee of Shri Vishnu. There is no sin of any kind in his kingdom. A girl was born to Muchukund’s house. Which was named Chandrabhaga. When she grew up, she was married to King Chandrasen’s son Sabhan.

One day Shobhan came to his father-in-law’s house, coincidentally it was Ekadashi. Shobhan decided to observe Ekadashi fast. Chandrabhaga worried about how her husband would endure hunger? His father’s orders on this subject were very strict.

All in the state used to observe Ekadashi fast and no one used to eat food. Shobhan wanted to know from his wife any such solution, so that his fast can also be fulfilled and he does not have any trouble, but Chandrabhaga could not tell him any such solution. Shobhan kept fast by abandoning himself from destiny. But he could not bear hunger, thirst and died. This made Chandrabhaga very sad. She did not sati due to her father’s opposition.

On the other hand, Shobhan got an exquisite Devnagar on the summit of Mandarachal mountain under the influence of Rama Ekadashi fast. All means of opulence were available there. The Gandharvas used to praise him and the nymphs were engaged in his service. One day when King Muchukund came to Mount Mandarachal, he saw the glory of his son-in-law. When she came back to her city and told the whole situation to Chandrabhaga, she was very happy. She turned to her husband and began to live happily with Shobhan due to her devotion and the influence of Rama Ekadashi.