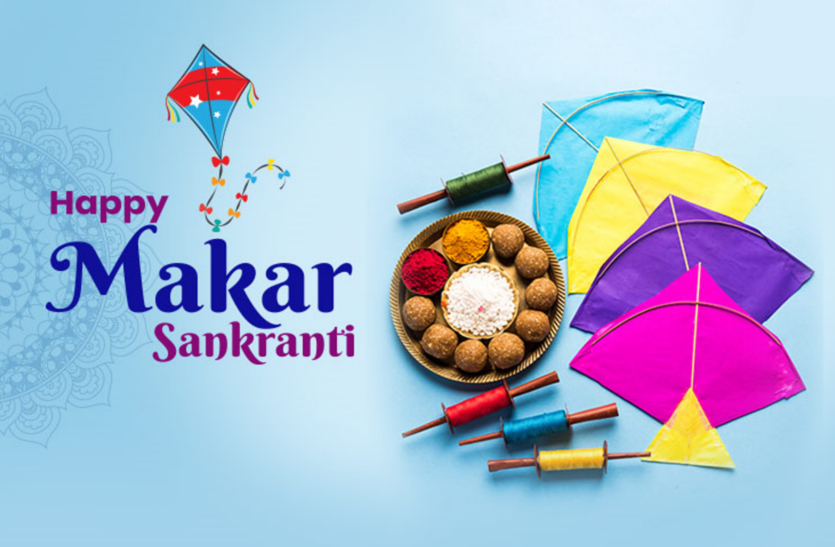 Makara Sankranti or Maghi, is a festival day in the Hindu calendar, dedicated to the deity Surya. It is observed each year in January. It marks the first day of the sun’s transit into Makara, marking the end of the month with the winter solstice and the start of longer days. Makara Sankranti is one of the few ancient Indian festivals that has been observed according to solar cycles, while most festivals are set by the lunar cycle of the lunisolar Hindu calendar. Being a festival that celebrates the solar cycle, it almost always falls on the same Gregorian date every year (January 14), except in some years when the date shifts by a day for that year.

Makara Sankranti is regarded as important for spiritual practices and accordingly, people take a holy dip in rivers, especially Ganga, Yamuna, Godavari, Krishna, and Kaveri. The bathing is believed to result in the merit or absolution of past sins. They also pray to the sun and thank for their successes and prosperity. A shared cultural practice found amongst Hindus of various parts of India is making sticky, bound sweets particularly from sesame (til) and a sugar base such as jaggery (gud, gur). This type of sweet is a symbolism for being together in peace and joyfulness, despite the uniqueness and differences between individuals. For most parts of India, this period is a part of early stages of the Rabi crop and agricultural cycle, where crops have been sown and the hard work in the fields is mostly over. The time thus signifies a period of socializing and families enjoying each other’s company, taking care of the cattle, and celebrating around bonfires, in Maharashtra the festival is celebrated by flying kites.

Makara Sankranti is an important pan-Indian solar festival, known by different names though observed on the same date, sometimes for multiple dates around the Makar Sankranti. It is known as Pedda Panduga in Andhra Pradesh, Makara Sankranti in Karnataka and Maharashtra, Pongal in Tamil Nadu, Magh Bihu in Assam, Magha Mela in parts of central and north India, as Makar Sankranti in the west, and by other names. In some parts of India, it is believed that a demon was killed in that day.