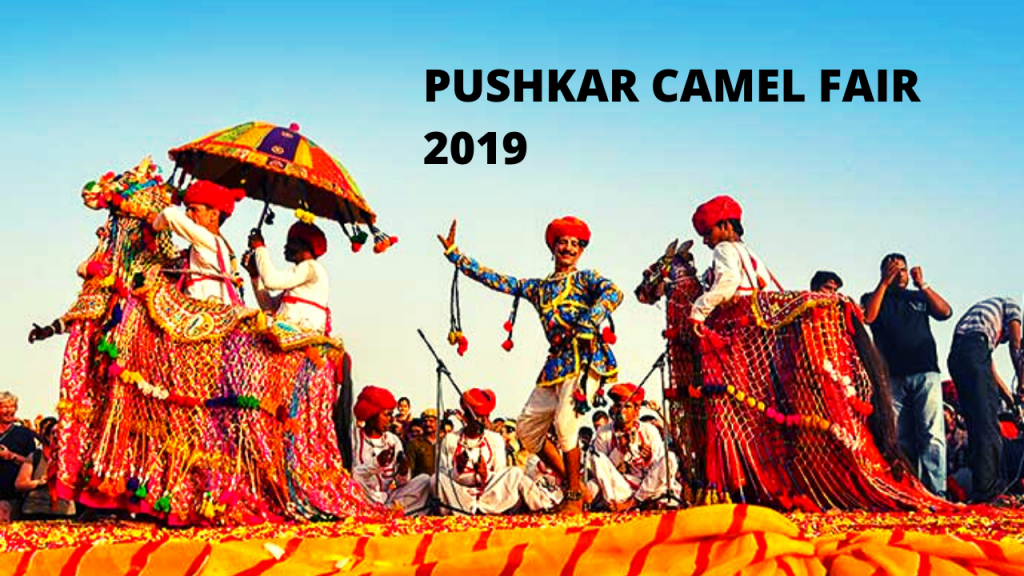 Pushkar is a famous pilgrimage centre in Rajasthan where the famous ‘Pushkar Mela’ is held every year. It is in the Ajmer district of Rajasthan. There is a temple of Brahma here. Pushkar is located 14 km away from Ajmer city. There is a town and local market in Ajmer district, five miles west of Ajmer Nagar in the Aravalli Range Valley in the Indian state of Rajasthan. Jowar, millet, maize, wheat, and sugarcane are grown in its vicinity. It is famous for the artistic cottage-textile industry, wood painting, and animal trading. There is a holy Pushkar lake here and there is a holy temple of Brahma Ji nearby, due to which many pilgrims come here every year.

A special religious and Pushkar Mela is held here in the months of October and November. It has more religious significance. It is situated at an altitude of 2,389 feet above sea level. There are many famous temples here, which have been rebuilt after being demolished by Aurangzeb. Pushkar also has five kinds built by the Pandavas during the unknown habitat of the Pandavas, which is located on the Nag Pahar towards the east of the city.

History and Significance of Pushkar Mela 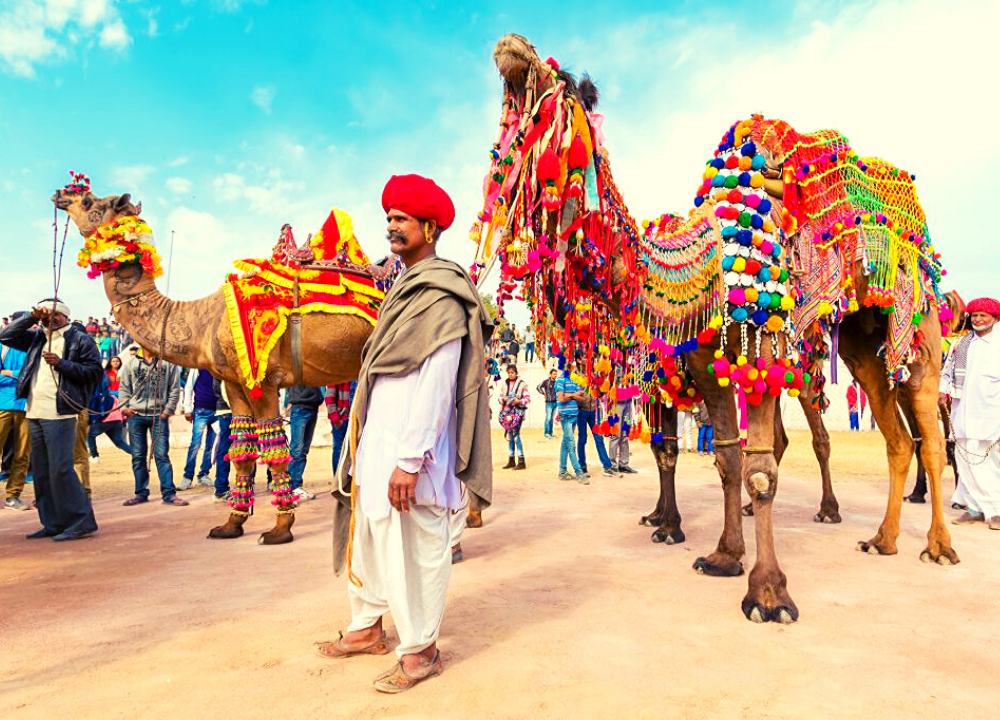 The origin of Pushkar is described in the Padma Purana. It is said that Brahma had come here and performed the sacrifice. Among the major pilgrimage centres of Hindus, Pushkar is the only place where the temple of Brahma is established. Apart from the temple of Brahma, there are temples of Savitri, Badrinarayan, Varaha and Shiva Atmeshwara, but they are modern.

The ancient temples here were destroyed by the Mughal emperor Aurangzeb. There are paved ghats built on the banks of Lake Pushkar, which are built by wealthy individuals from the native states of Rajputana.

In Sanchi Stupa Donations, whose time was BC The second is Shatabadi, a description of the donation of several Buddhist monks who lived in Pushkar. In the article of Pandulean cave, which is believed to be AD 125, Ushamdavatta’s name appears. He was the son-in-law of the famous king Nahapan and had come to Pushkar and donated 3000 cows and a village. 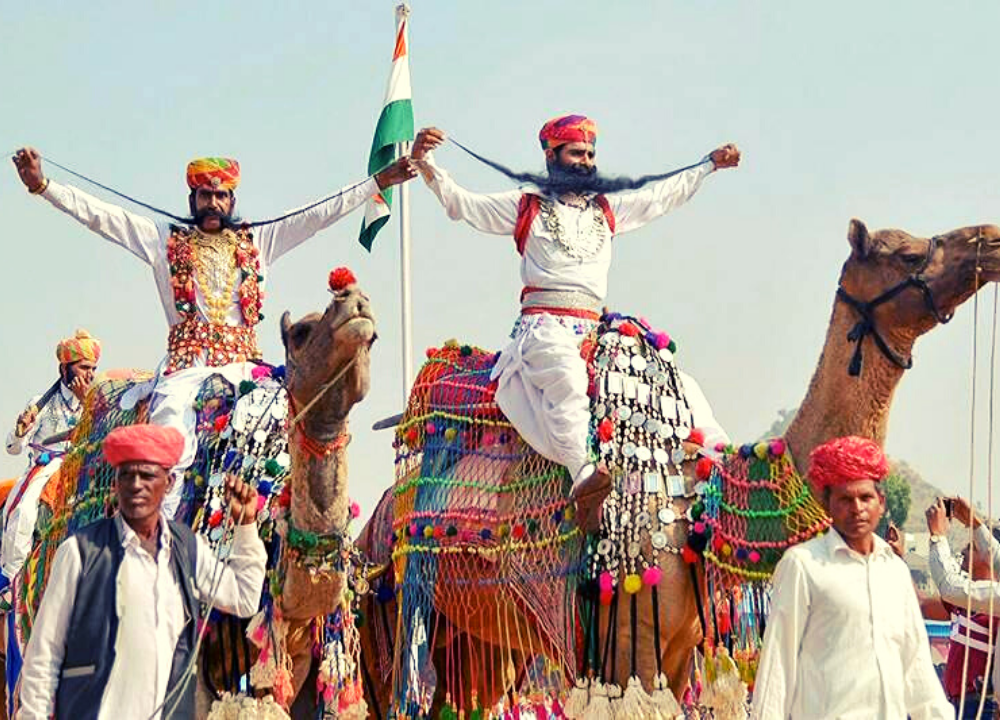 Pushkar fair held in Ajmer district of Rajasthan in the month of Kartik (October-November). Many other people organize some cultural, religious and economic types of fairs in this state. Pushkar Camel Fair is very famous in Rajasthan. It is held every year on Kartik Purnima. More than 25,000 camels are traded along with other livestock such as oxen, horses, cows, and buffaloes, making it the largest camel fair in the world.

There are many rose gardens in which different types of roses are grown and sold. Cultural shows and exhibitions are also organized in this camel fair to make it lively and delightful. Some of the highlights of this camel fair are the Matkifod, moustache, and bridal contests.

Apart from these, the Pushkar Camel Fair beauty contest is also interesting. Nicely decorated camel dance and Parade is followed after this. Thousands of native and foreign visitors visit them.

On the day of Kartik Purnima, everyone wants to see the grand Pushkar camel fair. Camels, buffalo, etc. can also be seen by reaching the fair site, their shops also sell a large number of sweets, fruits, food items, toys, crockery, shoes, utensils, and jewellery, etc. In fact, a fair is organized, a palace to increase our knowledge about our culture and to meet different people, who should visit this camel fair in Pushkar whenever you are in your neighbourhood. 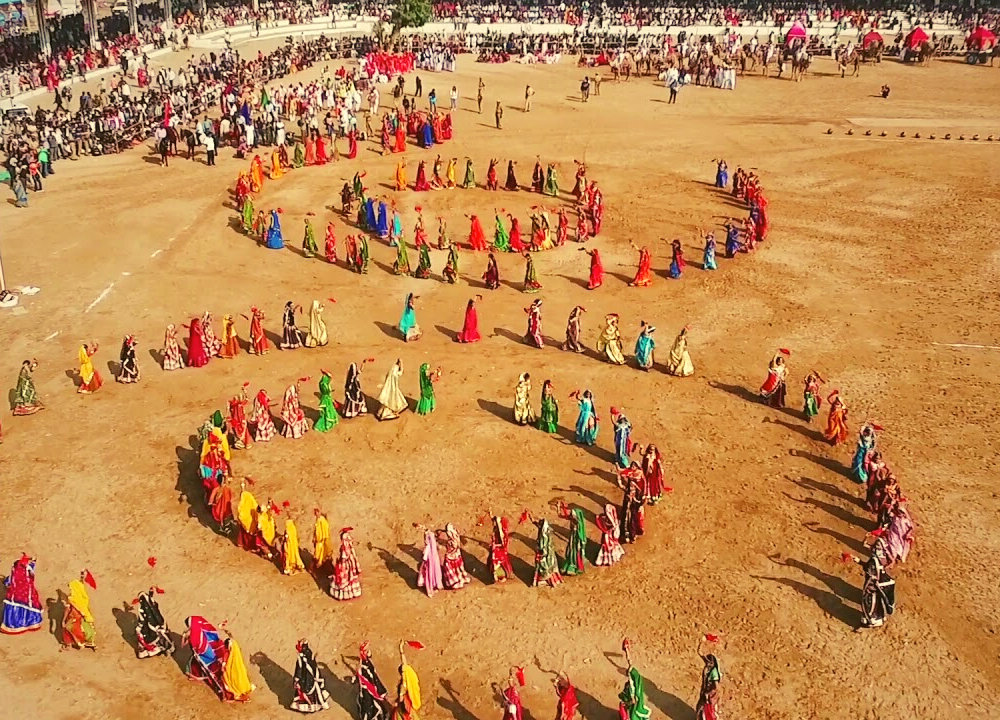