The Art of Mindfulness 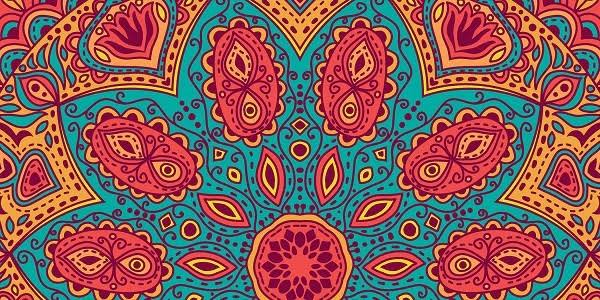 The recent news from UK has buzzed up the entire education sector. Till now the students were learning conventional subjects like mathematics, science, history and language, but hundreds of schools in the island country are planning to expand their age old curriculum boundaries by introducing a new subject called mindfulness. The British Government said on Monday that, at least 370 English school students will start practicing the art of mindfulness as part of their study to improve their mental health.

The government news release announces that, “the students will work with mental health experts to learn relaxation techniques, breathing exercises and other methods to help them regulate their emotions”. In the world of rapid change, these programs will work best for the students. Damian Hinds, the British education secretary said, “As a society, we are much open about our mental health than ever before, but the modern world has brought new pressures for children”. He further added that the introduction of this programme in the British schools will be one of the largest programme of its kind in the world. Here, the children will start to be introduced gradually to issues around mental health, well-being and happiness right from primary school.

Renowned psychologist and child pedagogy expert Vikas Attry hails this as a welcome move. He describes mindfulness as the basic human ability to be fully present, aware of where we are and what we’re doing, and not overly reactive or overwhelmed by what’s going on around us. He said, although the western world traces the origin of mindfulness practices from Buddhist literature and Zen philosophy, it can further be traced from the ancient Indian texts like Vedas and Bhagwatam. Attry believes that mindfulness is natural but it can still taught and cultivated amongst young children through proven techniques likes meditation, and dhyana.

Yoga and sports play a pivotal role in inculcating mindfulness. Short pauses in everything we do strengthens it. When we are mindful, we reduce stress, enhance performance, gain insight and awareness through observing our own mind and increase our attention span. We also focus on the wellbeing of others. The is exactly what the philosophy of ‘Vasudhaiva Kutumbakam’ teaches us.

The UK’s National Health Service survey found that 1 in 8 children in England between the ages of 5 to 19 suffered from at least one mental disorder. The survey, which was published in November, also indicated an increase in mental disorders in 5 to 15 year old kids. Disorders like anxiety and depression were the most common, affecting 1 in 12 children and early adolescents, and appeared more often in girls. Imran Hussain, director of policy and campaigns for Action for Children calls it a “children’s mental health crisis.” While the formal implementation of mindfulness programmes in schools can be traced form USA, but they were restricted to certain institutions only. The recent implementation by UK government will prove a milestone for world education system and will provide the much needed impetus to the programme worldwide.

The applications of mindfulness in schools are aimed at calming and relaxation of students as well as for educators to build compassion and empathy for others. An additional benefit to mindfulness in education is to reduce anxiety and stress in students. Within educational systems, the application of mindfulness practices shows an improvement of pupils’ attention and focus, emotional regulation, critical thinking, creative thinking, and problem solving skills.

The best part of it is that it is not something which is coming from the outside world or something which needs experts to teach. Mindfulness is from within. It is related to everything we do and practice. One doesn’t need to chance in order to learn the art of mindfulness, rather it shapes the best of us. Collective mindfulness has the potential to transform society. It can bring in the much needed positive change the society aspires for today. Mindfulness is for every and anybody can practice it. It requires the universal human qualities rather than religious orientations. Mindfulness is a way of living and sparks innovation.

India also needs a constructive change like this in our education system. The best part is, mindfulness practices are fully aligned to our ‘Sanatana Dharma’. It’s just to know it’s high worth and spread positivity amongst our kids.