The son of a Farmer Dr. K. SIVAN made it big and accomplished the most complex mission of space. 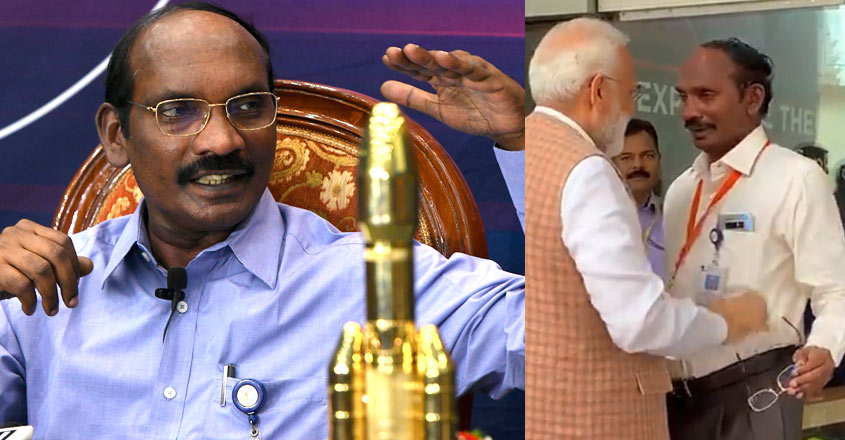 Heard of the rags-to-riches stories? One such story is of Dr. K. Sivan, Indian Space Research Organisation (ISRO) Chairman. The rocket scientist, who spearheaded India’s latest moon mission, is the son of a marginal farmer who didn’t even get to wear slippers until he was in college.

A boy who didn’t even own a single pair of trousers for most part of his student life was never bothered about what he didn’t have but always excelled in what he was asked to do. The hardships of life couldn’t stop him from achieving his goals.

His deep commitment and hard work for the Chandrayaan 2 mission could be clearly seen when he broke down into tears after the lander Vikram suffered a setback minutes before touchdown.

Dr. Sivan while sharing his life story said that he had a very interesting life in his village. Apart from school, he said that they had to work in agricultural farms. “My father, who was a farmer, was also into the mango business. We had to help our father in the mango orchards during holidays. My father would not even hire a labourer when I was there.”

Even during college, Dr. Sivan helped his father in farming. He said that his father had a different criterion for selecting the college for it. His father wanted the college to be near their house so that Dr. Sivan can help him in the orchard after college.

Dr. Sivan has always been thankful for what he had in his life. With a smile on his face, he shared with the media that he started wearing sandals only when he started studying in the Madras Institute of Technology. Till then, he used to walk barefoot. Also, he didn’t have any trousers, so they were always in dhoti.

Dr Sivan had to pursue Bachelor of Science as his father was unable to fund his expensive Engineering course. When his father asked him to go for BSc, he resisted and even fasted for a week but finally changed his mind.

He did his BSc in Mathematics. Because his father didn’t let him do what he wanted, out of guilt, his father sold his land to fund his Engineering course.

After his B. Tech., he had to struggle for a job but when he didn’t get the job, he went for further studies at IISc. Then he wanted to join the satellite centre but ended up getting the Vikram Sarabhai Centre. There also he wanted to get into the aerodynamics group but had to join the PSLV project.

During his entire career, he never got what he wanted, but his hard work and dedication helped him excel in whatever job was given to him.

He is the force behind the accomplishment of a highly complex mission “Chandryayaan2”.

Latest update on Travel, Events, Lifestyle, Food, Festivals, Technology, Auto and Tourist places to visit in India and around the world at TheBlogRill.com
ALL POSTS
PrevPreviousMixbred Products of The Big Cats : Liger and Tigon
NextSunburn Arena with Rapper Wiz Khalifa – Noida 2019 EventsNext