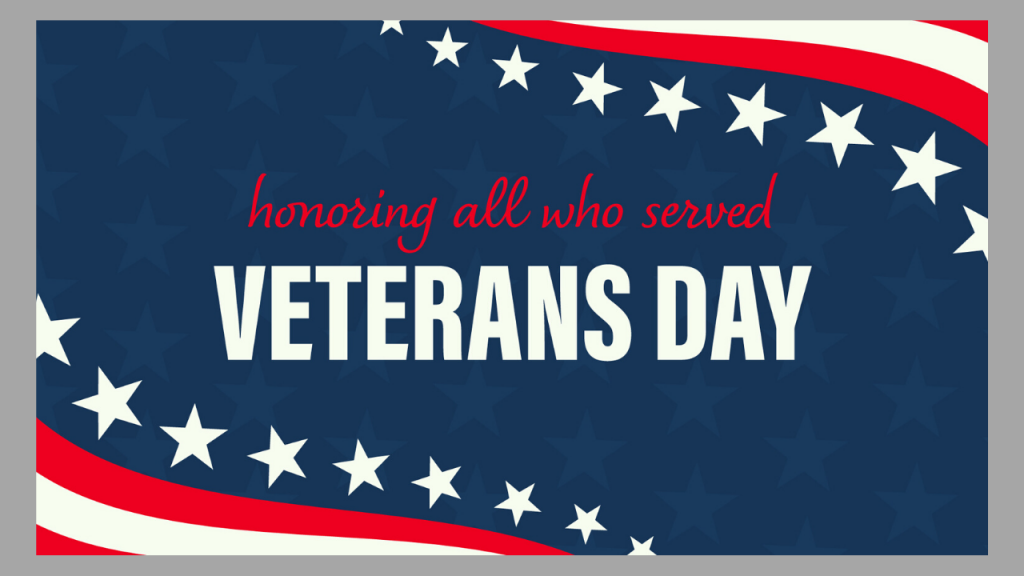 The Federal holiday and November 11th dates are quite different, Veterans Day activities may take place on both days; many activities are often scheduled the weekend leading up to Veterans Day 2019 even during years when both dates match.

The theme for the 2019 Veterans Day Poster is: “Service” – To serve for the country

Veterans take the lessons they have learned and the experiences they’ve gained and continued their service to their nation by strengthening their communities. They become our nation’s scientists, leaders, entrepreneurs. Veterans are the most pro-active volunteers working to improve communities across our country. Service goes beyond the official uniform.

This Veteran’s Day 2019, we honour the all-time great men and women who have worn their uniform who continue to serve our country.

The parade on veterans day will occur on Monday, November 11 (Veterans Day), rain or shine. It starts at Noon and concludes at around 3:30 pm. After this, a youth tribute march introduces the parade at 11:05 a.m. The further parade and schedules are as below.

Veterans Day is observed every year on the second week of November. Veterans Day evolved from Armistice Day, which was proclaimed in 1919 by the American President Woodrow Wilson. Armistice is when warring parties agree to stop fighting; Armistice Day recognizes the end of World War One when hostilities ceased on November 11th at 11 A.M, 1918.

This celebration may have helped influence Congress to change Armistice Day to Veterans Day in 1954 to recognize Veterans of all United State wars.

The residents of Emporia, Kansas might have some other views or they might disagree. According to the Emporia Conventional and Visitor Bureau official site, “In 1953 Veterans Day was organized and celebrated in Emporia, Kansas; one year prior to the first nationwide observance on November 11, 1954.”

The observance wasn’t always held on the 11th of the month; History.com reports that decades later in 1968, legislation known as the Uniform Holidays Bill was passed by Congress, moving Veterans Day to the fourth Monday in October as of 1971. In 1975 American President Gerald Ford returned the observance to November 11, to celebrate the historic nature of the date.

Memorial Day is a day for remembering and honouring military personnel who dies in the service of their country, particularly those who died in battle or as a result of a wound sustained during the battle, while Veterans Day is basically intended to thank all those who honourably served in the military – in wartime or peacetime.